Goat Meat – The Most Popular Protein in the World? 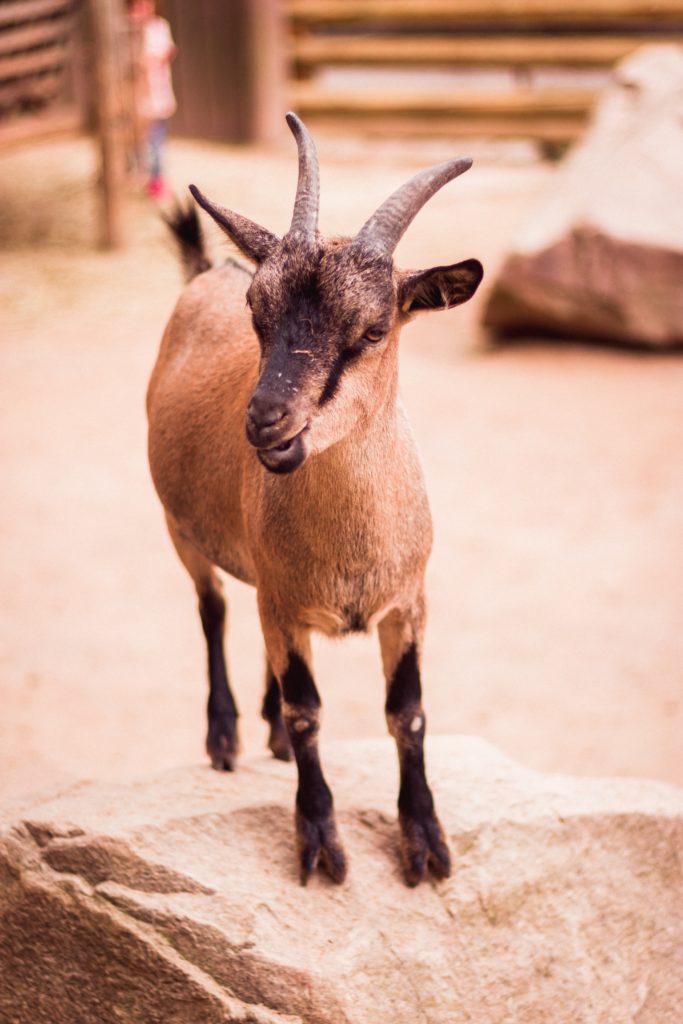 What’s the most popular animal worldwide for eating? It isn’t the cows, whose flatulent methane output makes them the second major greenhouse-gas producing species in the world after humans. It isn’t pigs, who are smarter than you think and have skin that’s so like ours, minus the sweat glands, that tattoo artists use it to practice. Nor is it sheep, who can recognize up to fifty unique faces of their fellow animals and smell like a wet blanket. Nor the ubiquitous and versatile chickens. Guess again? It’s goat meat.

Yes, the most popular meat comes from the lowly goat. Depending on who you ask, between 60 and 75 percent of the world’s population eats goat meat. The goat belt stretches through Africa, Asia, South America, and the Caribbean. Goats are a staple in the developing world; according to the USDA, three quarters of the global goat population is found in developing countries. Despite the fact that it’s relatively unpopular stateside, the animal has retained a global appeal that can be seen in the cuisines of countries from Ethiopia to Ecuador.

If cave paintings are anything to go on, human beings have been domesticating goats for their milk, meat and hide for tens of thousands of years. Most goat meat comes from kids that are culled because a flock is getting too big. They yield lean, low-fat cuts that are staples of many dishes enjoyed across Northern Africa and the Middle East. It can easily be substituted for lamb in many dishes, and has a low-key flavor profile that makes it an easy compliment to different kinds of sides.

The US and Goat Meat

In the US, however, we haven’t taken to goat meat. Chicken is the white meat of choice, and most people eat beef when they’re looking for something red. Goat meat is relatively overlooked; it’s often dismissed as an ethnic food, an exotic affectation.

What American consumers don’t know is that goat meat might might save the world – or at least our food system. That’s the premise of an article that was recently published in the Huffington Post. Although goat gets a bad rap stateside, it has several advantages over more traditional American red meats of choice.

Goat is significantly healthier in some ways when compared to other meats. It has less saturated fat than chicken or beef, according to USDA figures quoted by HuffPo. Hormone use isn’t approved in goats, so you don’t have to worry about your animal being juiced up with all kinds of questionable compounds so that it can grow as fast as possible. Goats have less non-saturated fat and cholesterol than similar livestock, and they’re higher in protein and iron per gram than most of those animals, too.

Moreover, according to HuffPo, goat meat isn’t gamey – instead, it has a sweet, subdued flavor profile that can easily be incorporated into a wide range of dishes. Nonetheless, adaptation has lagged behind in the United States. Perhaps part of this low demand can be attributed to the fact that goat meat is unfamiliar or novel to Americans who didn’t grow up with it at family dinners.

Another likely reason has to do with the structure of the American food industry, which produces many millions of pounds of meat from big factory farms. You can’t really raise goats like that. Goats need space to “browse,” eating pretty much whatever is in front of them – weeds, brush, grass, or (yes) the occasional tasty looking morsel of trash that they come across. Because of this, most of the goat-raising operations in the United States are effectively free range, with goats given plenty of space to roam about. They’re also small, with herds consisting of perhaps a few dozen animals.

Because of the condition that they’re raised in, plus the lack of hormone treatments, you might be thinking that goat meat is safer than other meats. That’s no necessarily true. As is the case with other meats, the safety of goat meat is primarily dependent on the people who butcher, process, package, transport, and sell the goat keeping to best food safety practices. That means maintaining the hygiene of their production spaces and tools, keeping the meat refrigerated at foodsafe temperatures, and attending to a lot of other small details.

Sometimes, as is the case with other meats, some goat hits the market that is later revealed to be unsafe. In 2017, goat and lamb meat that had been shipped to a number of supermarkets in Ohio was recalled after it was revealed that the meat had been prepared using non-potable water. In 2015, Lebanese Butcher Slaughter Incorporated recalled more than 900 pounds of meat, including goat, after the government learned that the product had been shipped without first undergoing a proper inspection. Thankfully, no adverse reaction was reported in either case.

Like goat meat, goat milk and cheeses have been subject to occasional recalls. This year saw a New York dairy pull their raw goat milk cheese in March after an FDA test came up positive for the presence of listeria bacteria. In June, the Washington State health department successfully found E. coli in raw goat’s milk produced by a dairy in Monroe. And that is only one of many raw milk outbreaks and recalls we see every year.

You may have noticed that both of these recalls took place with raw dairy products from goats. That isn’t a coincidence. Raw milk is experiencing a moment of popularity right now due to its touted (but not necessarily proven) health benefits. Consuming raw milk products, however, is always a risky act, and you run a significantly higher risk of contracting a foodborne pathogen because the milk hasn’t first been pasteurized with high heat.