Maysara Winery & Pearl Catering: the Cause of the Shigella Wedding Outbreak? 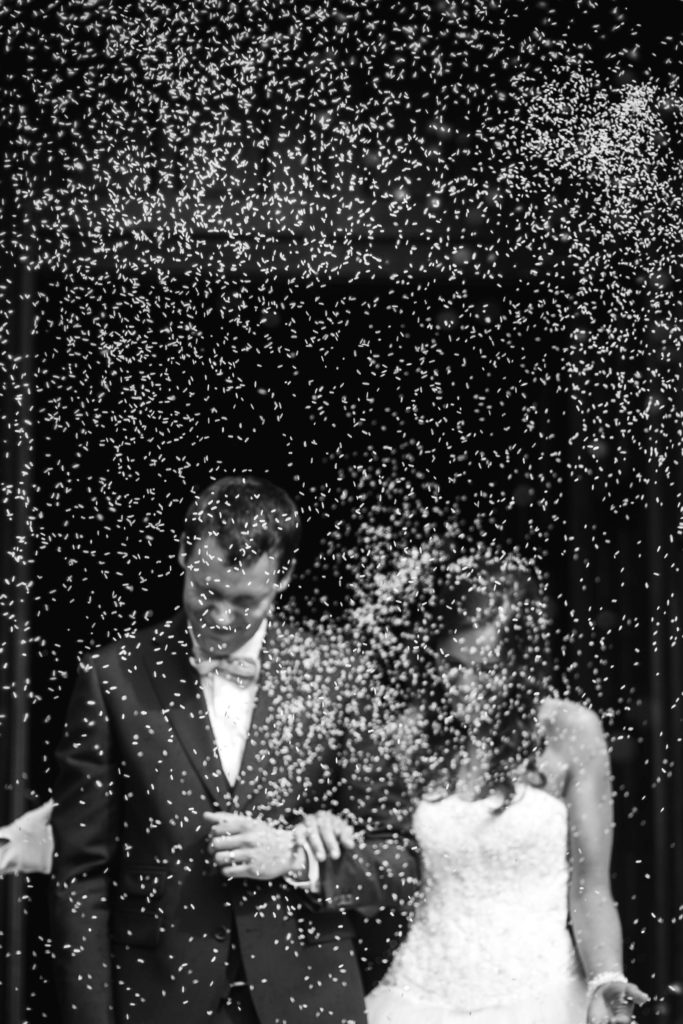 In the days following the announcement of the Shigella Wedding Outbreak, more information has come out naming the suspects. The wedding venue, Maysara Winery, and the wedding caterer, Pearl Catering, are among them.

According to the recent report on the outbreak from the Oregon Health Authority, 105 people were sickened and 10 were hospitalized from the 263 guests who attended the wedding. Fortunately, no one died. The health agency concluded that:

“An outbreak of Shigella flexneri type 3a infections was most likely caused by contaminated asparagus consumed by people who attended a wedding reception in Yamhill County on August 11, 2018. Bread was also associated with illness, but it is less likely to be the cause of the outbreak. Asparagus accounts for a higher proportion of cases, and the age breakdown of illness is better explained by asparagus consumption patterns.”

When it comes to Shigella, there is a lot of information out there. But here are some Shigella fast facts for you:

Shigellosis, the illness caused by Shigella bacteria, is typically spread from person to person via the fecal-oral route. This is likely due to poor hand washing. However, Shigella are also spread when food is prepared by someone who has a Shigellosis infection that has contaminated food. This is likely why, in this particular outbreak, the health agencies believe a sick food handler is at the root of the problem.

Shigellosis can resolve itself in around 5 to 7 days, but can also cause severe illness even in healthy individuals. Some cases of Shigellosis may be more severe and cause complications. Complications associated with Shigellosis include:

Those with high risk factors, like the elderly, young children, and those with compromised immune systems are at an high risk of developing a severe case of Shigella infection and potential long-term complications.

If a case of Shigellosis has progressed to HUS, someone may exhibit symptoms such as:

HUS is a very serious complication that can be deadly. Therefore, emergent medical treatment is mandatory. While Shigellosis may go away on its own in some cases, HUS does not. It is best to seek medical attention at any signs of a Shigella infection to reduce the likelihood of development into HUS. Antibiotics are often prescribed by physicians to help sick individuals combat Shigella infection.

If you or a loved one begins to show the symptoms of Shigellosis, monitor their condition closely and take them to a health professional right away.

Practicing proper hygiene, proper cooking techniques, and other preventative measures can help limit the risk for a Shigellosis infection. It is important to maintain these health and safety practices even after becoming sick. This is especially important with diseases like Shigellosis, because it can still be contagious even after the illness has subsided. Shigella bacteria can remain in the stool for up to two weeks after the symptoms of infection go away. So, it is a good idea to not handle food or return to work until you are back to health.

Children were among those ill in this particular outbreak, which is cause of concern. Children are at high risk for severe illness and future complications. Many Shigella outbreaks are associated with places likely to have more children present, like day care centers, schools, etc. Some other common settings for Shigellosis outbreaks are institutional settings (like prison) or cruise ships. In fact, Shigella is responsible for 16% of all the cruise ship outbreaks.

Small children usually are not able to maintain proper hygiene. They don’t wash their hands as often as adults do. Children also are more prone to touching contaminated items. This is the main reason why Shigella is so common among children.

Complications that can arise in children due to Shigella infection:

Our mission is to help families who have been harmed by contaminated food or water.  When corporations cause Shigella food poisoning outbreaks or Legionnaires’ disease outbreaks, we use the law to hold them accountable.  The Lange Law Firm, PLLC is the only law firm in the nation solely focused on representing families in food poisoning lawsuits and Legionnaires’ disease lawsuits.

If you were infected with Shigella after this wedding last year, and are interested in making a legal claim for compensation, our Shingella attorney can help.  Call us for a free no obligation legal consultation at (833) 330-3663, or send us an e-mail here.