Red Onions Salmonella Outbreak Sickens 1208 in US and Canada

Red Onions have sickened 1208 people in the US and Canada.  For weeks the CDC and Public Health Agency of Canada have been investigating a mystery Salmonella outbreak.  Until today, the cause of this Salmonella outbreak remained a mystery.  But on July 30, 2020, the Public Health Agency of Canada announced that, “Investigators have determined that red onions imported from the United States (U.S.) are a likely source of the outbreak.”  Many of the patients reported eating red onions before getting Salmonella food poisoning.

Canadian health investigators report that, “Traceback information indicates that the contaminated red onions are being imported to Canada from the U.S. and distributed in central and western Canada. Red onions grown in Canada are not associated with this outbreak. More information is needed to determine the cause of contamination in red onions imported from the U.S. The outbreak is ongoing, as recent illnesses continue to be reported to the PHAC.”

How Many Sick in Onions Salmonella Outbreak? 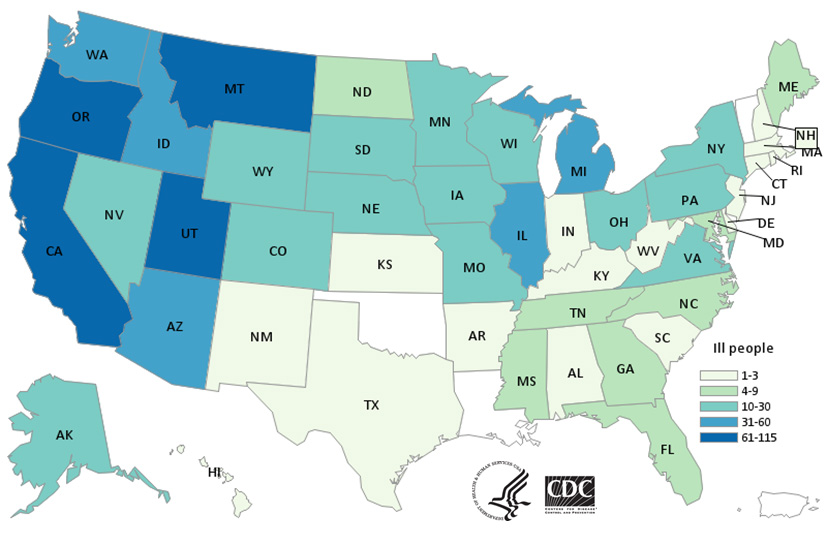 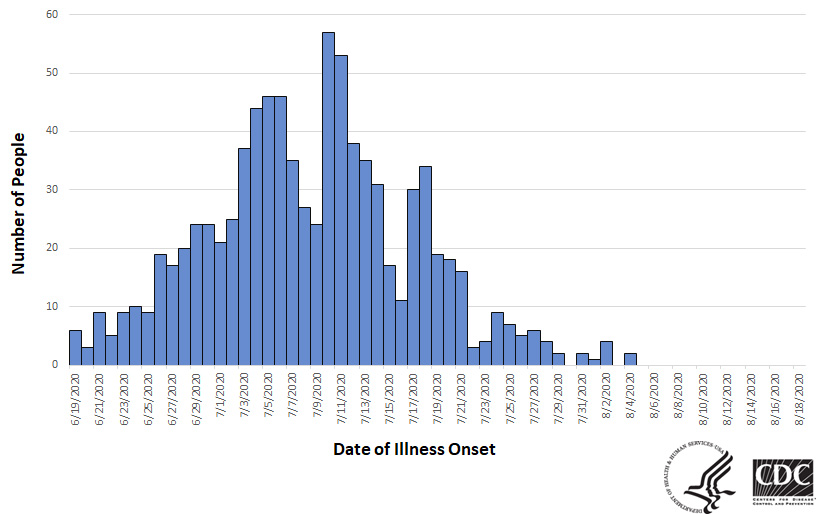 In Canada, at least 339 people have gotten Salmonella food poisoning.  48 people have been hospitalized in the red onions Salmonella outbreak.  Here is the latest Canadian case count: British Columbia (78), Alberta (208), Saskatchewan (19), Manitoba (19), Ontario (8), Quebec (6) and Prince Edward Island (1). The individual from Prince Edward Island reported traveling to Alberta before becoming ill. Saskatchewan has not reported any confirmed illnesses related to this outbreak, but provincial public health authorities are investigating some Salmonella Newport illnesses in the province.

In Canada, several recalls have occurred linked to onions imported from the US.

For consumers and retailers

For hotels, restaurants, institutions and manufacturers

There is no evidence to suggest that onions grown in Canada are associated with this outbreak. Onions imported from the United States are under investigation.

In the United States, several recalls have also occurred:

Thomson International Inc. of Bakersfield, California recalled Red, Yellow, White, and Sweet Yellow Onions shipped from May 1, 2020 through the present.

Onions were distributed to wholesalers, restaurants, and retail stores in all 50 states, the District of Columbia and Canada.

Progressive Produce LLC is voluntarily recalling a very limited quantity of red and yellow onions as a result of a recall initiated by Thomson International, Inc., which supplied affected onions to Progressive Produce.

The recalled products were sold on the West Coast, at Trader Joe’s (conventional red onions sold only in Arizona, California, Nevada, and Utah stores) and Ralph’s (conventional yellow onions sold only in California stores). The onions are sold loose in bulk bins. The red onions have a PLU sticker with the brand name Pacific Gold. No other Progressive Produce onions or other products are impacted by this recall.

Publix Super Markets issued a voluntary recall for red onions, packaged by Del Monte Fresh Produce, N.A., Inc.  The red onions were sold in bulk merchandise displays in the produce department in Publix stores in Alabama, Georgia, North Carolina, South Carolina, Tennessee, and Virginia. Publix stores in Florida are not impacted by this recall. Bulk red onions contain the product look-up number (PLU) 4082. All lot codes shipped to Publix in the month of July are involved with this recall.

Protect Your Family in the Red Onions Salmonella Outbreak

Check your pantry for red onions, including whole, sliced, or chopped, as well as prepared foods that contain red onions as an ingredient, such as premade salads, sandwiches, wraps, or dips.

What Are Salmonella Symptoms?

Most people with a Salmonella infection experience:

Some people may also have nausea, vomiting, or a headache. Symptoms usually start within 6 hours–4 days after infection and last 4–7 days.

What You Need To Know About Salmonella