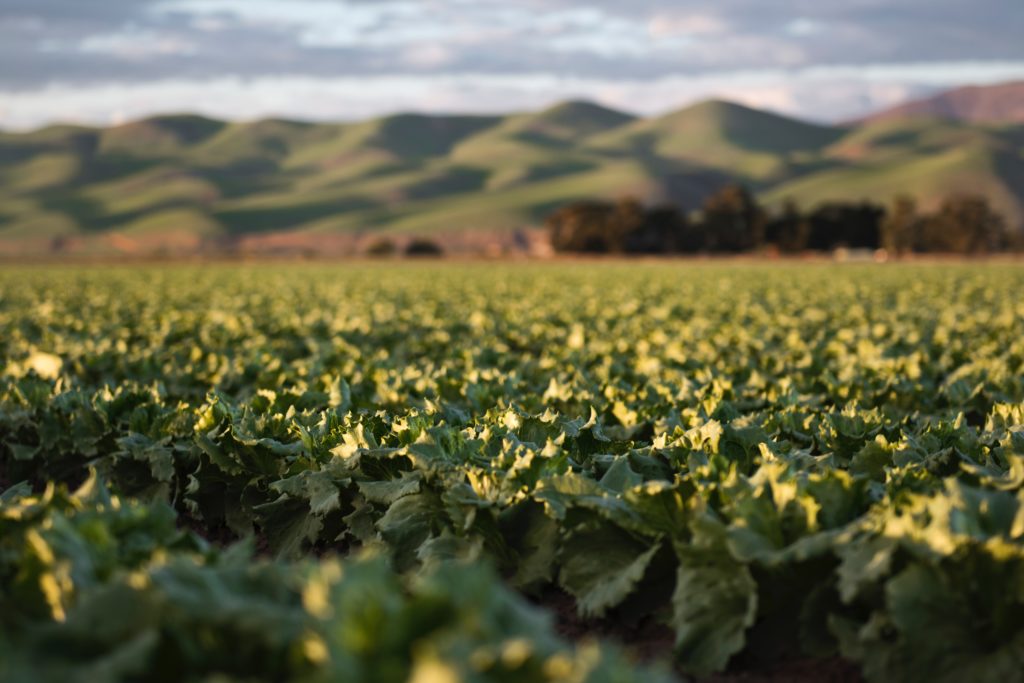 CDC and FDA have identified a farm in Santa Barbara County of California that has the same strain of e coli in its reservoir as identified in the latest romaine lettuce e coli outbreak. But more is still to come. Traceback investigation is not yet over and agencies are still testing other possible sources of contamination. The outbreak has led to a total of 59 illnesses in 15 states. More illnesses can add in to this number.

FDA announced on Thursday that investigators found a positive test for e coli in an irrigation reservoir on a farm owned by Adam Bros. Farms. Since this finding, the company has also recalled other products grown at their site as an abundance of caution — as they were grown near the reservoir which tested positive for  ecoli. None of the recalled products tested positive for the bacteria. Recalled products include green leaf lettuce, red leaf lettuce, and cauliflower harvested from the farm during November 27, 2018 – November 30, 2018.

In a press release they also stated that they had notified consumers about the recall. They asked that the recalled products shouldn’t be eaten, sold, or transferred. Adam Bros, Inc. is based in Santa Maria, California and is involved in growing, packing and shipping of iceberg lettuce, celery, cauliflower, broccoli and other minor crops like bell peppers, onions, cilantro, and zucchini.

Ian Williams, Chief of the CDC’s outbreak response and prevention branch said, “We cannot say how many cases have been linked to this specific farm at this time”. The investigation is still ongoing and additional work if left to do at this farm and other farms too, he added.

Some Romaine is Safe

The good news is that there are some lettuce that has been labeled safe to eat by CDC. It’s still not safe to buy, serve, eat, or sell romaine lettuce from California’s Monterey, San Benito, and Santa Barbara Counties. An earlier warning also included the advice to not buy, sell, or eat lettuce from San Luis Obispo, Santa Cruz, and Ventura counties in California. But that warning has now been lifted. Hydroponic and greenhouse-grown lettuce has not been linked to this outbreak.

Other areas not linked to this outbreak include desert growing region near Yuma, Arizona; the California desert growing region near Imperial County and Riverside County; the state of Florida and Mexico. Some romaine lettuce manufacturers, producers and distributors have started labelling their products with a harvest location by region. If you purchased a romaine lettuce product that doesn’t give any information on the region where it’s grown, do not eat, serve or sell it. Throw it away.

The advice covers all types or uses of romaine lettuce like whole heads of romaine, hearts of romaine and bags and boxes of pre cut lettuce and salad mixes that have romaine as an ingredient like baby romaine, spring mix or Caesar salad. You should also wash and sanitize the place in your kitchen where you stored the lettuce product. This will help to prevent illness from cross-contamination. If you are unsure that the lettuce is romaine or product that you have bought contains romaine, do not eat it. Throw it away.

Water and sediment at the irrigation reservoir on Adam Bros Family Farms in Santa Maria tested positive for E.Coli O157:H7. The strain of the bacteria found was a nearly identical genetic match to the strain found in illnesses caused by the outbreak. However, the finding doesn’t explain all the illnesses caused by the outbreak and how the bacteria end up in the reservoir.

Adam Bros hasn’t shipped any lettuce since November 20. They have been cooperative with the investigation, but decline to comment on the FDA’s findings.

“We don’t believe this is the only location involved in the outbreak”, said Dr. Stephen Ostroff, who serves as senior adviser to FDA commissioner Dr. Scott Gottlieb. The investigation team narrowed down the sources to 11 distributors, nine growers and 8 farms as potential sources. A lot of people affected by the outbreak ate more than one meal across a number of restaurants which has further complicated the investigation process, according to CDC.

The outbreak was announced on November 20,2018, just a few days before Thanksgiving. As of December 13, 2018, 59 illnesses from 15 states have been reported. 23 people have been hospitalized as of now. More illnesses might be added because of the time difference between when the person falls sick and when the illness is reported.

To prevent such outbreaks in the future, FDA and CDC are in talks with major leafy greens producers and growers to enter into voluntary labelling agreement that will label the romaine lettuce entering in the market with harvest location and harvest date. Scott Gottlieb, FDA commissioner – has formed a task force to work towards long-term solutions to facilitate the traceability of products in supply chain.

Ecoli is actually a large group of bacteria that contain multiple strains of bacteria – both pathogenic and non-pathogenic. The non-pathogenic ones are part of the normal flora of bacteria in digestive system and are essential to maintain a healthy gut. Most strains are harmless but some can cause food poisoning.

Some pathogenic E.Coli produce the dangerous Shiga-toxin that is harmful to humans. One of the most common strain of Shiga-toxin producing E.Coli is O157:H7. This strain was once most commonly related to undercooked beef and is best known for 1992 Jack in the Box outbreak. In recent times, the strain has caused illnesses by entering into leafy vegetables during handling and processing.

To avoid getting infected with the bacteria, it’s essential that you maintain proper hygiene, cook meat at proper temperatures, handle food properly, avoid unpasteurized dairy and look out for any outbreaks.

Symptoms of Ecoli infection include diarrhea, vomiting and abdominal cramps. Most people recover within 5 to 7 days without any treatment. But since the strain associated with the outbreak is a little dangerous, it can cause severe illnesses and hospitalizations. High-risk individuals like elders, children, pregnant women and those with compromised immune system are at more risk of complications.

If you believe you have developed an E coli infection from eating romaine lettuce, we want you to know that an E coli Lawyer at the Lange Law Firm, PLLC is currently investigating this matter and offering free legal consultations. Our lawyer, Jory Lange, became a lawyer to help make our communities and families safer. Anyone who was infected with E coli from romaine lettuce may be entitled to compensation for their injuries.  To learn more about this outbreak or making an E coli food poisoning claim, please contact The Lange Law Firm, PLLC.