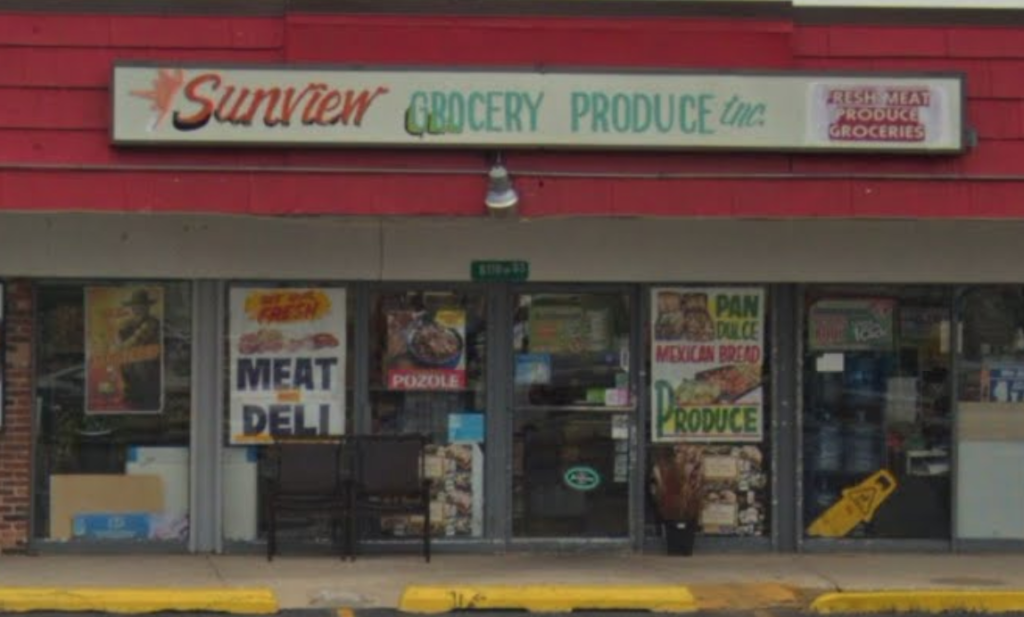 The Chicago Department of Public Health is investigating the Sun View Salmonella outbreak.  At least four people have been infected with Salmonella after eating pork tamales or carnitas from Sun View’s deli counter.  Sun View Supermercado is located at 6110 W 63rd St. in the Clearing neighborhood on Chicago’s Southwest Side.

Sun View Salmonella Outbreak — What You Need to Know

Anyone who has purchased pork tamales, carnitas or other hot foods from the small family-owned store’s deli section since July 1 should throw the food away, the Chicago Department of Public Health says.

The agency warns that anyone who ate pork tamales or Carnitas from Sun View’s deli counter between July 1 and August 5 may have been exposed to salmonella. Health officials urge Chicago residents to seek medical attention if you experience high fever, severe diarrhea or symptoms of dehydration.

The implicated food items haven’t been available at the store since August 5. The department said there’s no evidence that food made after August 5 was contaminated with Salmonella.

“Salmonella is a type of bacteria that can be found on meat and it also can be spread if people don’t wash their hands well before handling food,” said Dr. Janna Kerins, of the Chicago Health Department. “So we work with the food workers to make sure they’re handling foods properly, cooking food to the right temperature that would kill the bacteria.”

A sign found on the grocery store door informed customers that there is currently no meat service being provided at the location and it is unclear at this time how long the sign has been present.

Officials believe this may be the second salmonella outbreak linked to the sale of pork carnitas in Chicago this year. The last one in February was linked to a small supermarket located in the Archer Heights neighborhood.

The agency asks that anyone who’s become ill after eating food from the store to contact the department by calling 312-746-SICK.

Many believe that you can only contract Salmonella from handling raw chicken, and while yes this is true you can get it from a variety of other sources.

The Mayo Clinic gives us a lot of information about the infection, its causes, symptoms and treatment.

Salmonella infection (salmonellosis) is a common bacterial disease that affects the intestinal tract. Salmonella bacteria typically live in animal and human intestines and are shed through feces. Humans become infected most frequently through contaminated water or food.

Typically, people with salmonella infection have no symptoms. Others develop diarrhea, fever and abdominal cramps within eight to 72 hours. Most healthy people recover within a few days without specific treatment.

In some cases, the diarrhea associated with salmonella infection can be so dehydrating as to require prompt medical attention. Life-threatening complications also may develop if the infection spreads beyond your intestines. Your risk of acquiring salmonella infection is higher if you travel to countries with poor sanitation.

A few varieties of salmonella bacteria result in typhoid fever, a sometimes deadly disease that is more common in developing countries.

Many foods become contaminated when prepared by people who don’t wash their hands thoroughly after using the toilet or changing a diaper. Infection also can occur if you touch something that is contaminated, including pets, especially birds and reptiles, and then put your fingers in your mouth.

Factors that may increase your risk of salmonella infection include activities that may bring you into closer contact with salmonella bacteria and health problems that may weaken your resistance to infection in general.

Your body has many natural defenses against salmonella infection. For example, strong stomach acid can kill many types of salmonella bacteria. But some medical problems or medications can short-circuit these natural defenses. Examples include:

The following medical problems or medications appear to increase your risk of contracting salmonella by impairing your immune system.

If you can’t drink enough to replace the fluid you’re losing from persistent diarrhea, you may become dehydrated. Warning signs include:

If salmonella infection enters your bloodstream (bacteremia), it can infect tissues throughout your body, including:

The Department of Agriculture has created a Salmonella Action Plan, which involves updating the poultry slaughter inspection system and enhancing sampling and testing programs for poultry and meat. The plan’s purpose is to cut the number of salmonella infections in the United States.

You can also take care to avoid spreading bacteria to others. Preventive methods are especially important when preparing food or providing care for infants, older adults and people with weakened immune systems. Be sure to cook food thoroughly and refrigerate or freeze food promptly.

Washing your hands thoroughly can help prevent the transfer of salmonella bacteria to your mouth or to any food you’re preparing. Wash your hands after you:

If you got Salmonella after eating pork tamales or carnitas from Sun View Supermercado and are interested in making a legal claim for compensation, we can help.  Our Salmonella lawyer can help you pursue compensation for your Salmonella injury.  Call us for a free no obligation legal consultation at (833) 330-3663 or send us an e-mail here.